RISE with SAP - Start with Scheer 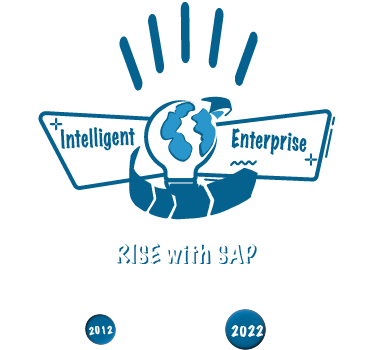 Scheer Nederland is a SAP partner for companies that want to optimize their business operations quickly and innovative.

ERP Implementations and focus on processes

We streamline and anchor the processes that emphasize the key points of the business model. We are experts in effective and constructive SAP implementations, as our consultants define the optimal SAP solution from a process focus point of view.  With our headquarters in Saarbrücken (Germany) and branches in different countries, we can serve our customers internationally.

Strong team by diversity in background

Scheer Netherlands started in 2012 with a branch in Vianen. Our organization is characterized by driven consultants, with different backgrounds, who have all found a passion for optimizing business processes.

Our consultants have a long-time experience with SAP solutions. This experience includes SAP ECC, SAP S/4HANA and SAP Business ByDesign. Our flat organization provides fast and clear interactions within our projects.

Beside the fact that Scheer Netherlands started in 2012, most colleagues already know each other of previous projects.  We can now count on around 450+ years of business experiences in over 100 SAP projects.

I experience the Scheer team as a group of very knowledgeable consultants with a great passion for their work, going for the extra mile.

They have an intrinsic drive to make every project a success and they truly act and behave as one integrated team with their customer.

Ferry has been Managing Director of Scheer Nederland since its foundation in 2012. Ferry has been active in the SAP world since 1992 and has extensive experience in the successful implementation and optimization of SAP R/2, R/3, S/4HANA and SAP Cloud solutions for both Dutch and International organizations.

In addition to SAP product knowledge, Ferry has a thorough knowledge of the industry with regard to Professional Services, Consumer Goods, High-Tech, Chemicals and Logistic Services. Ferry has carried out projects for the following clients: Aramco Overseas Company, Bridgestone / Firestone (Canada), CSM (Global), Essent, Hewlett Packard (France), Stork (USA and Australia), and TNT.

Ferry fulfills the role of strategic advisor in the arena of digitizing and improving business operations with SAP solutions. The success in his projecs is coming from in particular through his project approach, defining  the right scoping and managing the process of changes and adoption. Scheer Group GmbH was founded in 2012 by Dr. August-Wilhelm Scheer (Professor of Business Informatics). He is the inventor of the ARIS concept, the leading BPM platform for SAP implementations.

The Scheer Group is a network of highly-expanding companies with the following key characteristics:

,August-Wilhelm Scheer, Professor for Business Informatics, inventor of the ARIS concept and entrepreneur is the sole shareholder and Chairman of the Advisory Board of Scheer GmbH and supports it through his many years of experience in the IT sector. He is committed to the close cooperation between science and research that ensures the innovative strength of this strongly growing business.

Call or send me an email